The 2015 SLIA Musky Tournament was held Saturday, September 19, 2015.  Thirteen boats hit the water on what turned out to be a beautiful fall day.  Fisherman reported a few follow-ups and one fish was lost in the netting process. The highlight of the day was Daryl Kistenmacher of Appleton landing a 43.5” musky.  The fish took the bait in shallow water and put up a ten minute fight. Daryl's fishing partner was his father-in-law Tom Wendt.  The first picture shows Daryl's musky being held by tournament official Joe Burger, Jr.  The second picture shows Daryl Kistenmacher on the right with his first place check. 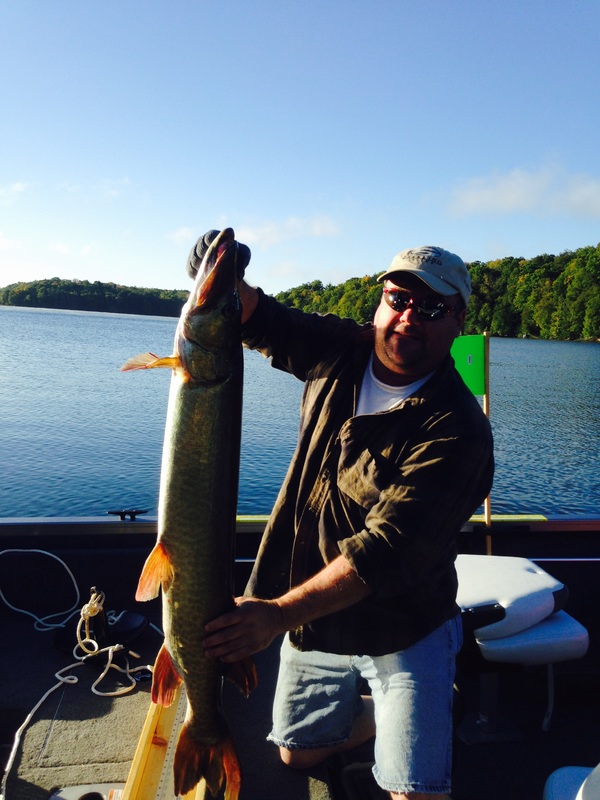